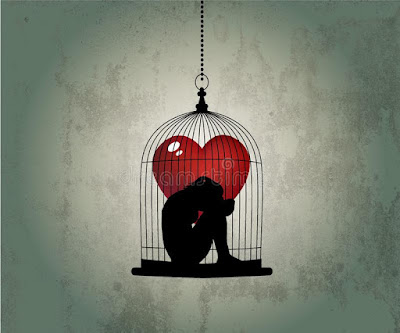 A lot of theories, speculation, judgment is been done in this famous death of a young actor of the Indian Film Industry. The media has made a circus out of it and fed an extreme version of tabloid and confused everyone. I am writing the below piece as a satire based on what mixed messages are coming out in open. By no means my intention to hurt anyone. I do wish the soul must be resting in peace and hope we will know the real truth someday.

Once Upon a Time, there was a spoiled brat from an Upper-class Rajput Hindu Family in Bihar. He somehow cracked the DCE test and joined Delhi College of Engineering. True to his nature he never finished his course and joined a Dance Group of Mumbai famous choreographer. True to his character he did not pursue dancing and got a break as the Male protagonist in Saas Bahu Soap Opera. Riding on high of fame he left a TV career and landed up in Movie.

He thrashed and snatched each role from Bollywood Star Kids, Biggies, and hooked up with almost all actresses in tinsel town. He was high on glamour and wanted to get further high. He forced himself onto a poor Bengali girl, tortured her to become a drug dealer along with her gullible brother who has no option but to keep quiet and supply drugs daily. The brother-sister sob, sob and sobbed and started consuming drugs to survive this ordeal. One day she gathers courage and broke off with him and ran away. Deprived by his sheer absence of being dominatrix the Man decided to teach her lesson and transferred all his all the money to some offshore account and orchestrated a fake suicide attempt to implant her. To the hell of fury, the withdrawal symptoms of not getting drugs made things gone southward and he got accidentally killed by his own plan.

It was a relief for her so she thanked God and did not even go for his funeral and thought the justice been done to her by the God and she can now live peacefully. But hell had another plan as the Man had his family and friends in evil media houses who were thirsty for her blood and looking out for revenge. They conspired one by one against her to put her in place. She went to the Cops and confessed everything and the saint Cops knew that she can never prove her case in the court of law and will be framed so to save the poor girl they started the investigation in a direction that will take the case in an endless loop. Only if it was that easy? Even the mighty of honest Cops and State Government machinery couldn’t help her out and evil media created imaginary public perception and declared her as a witch.

One by one entire nation was looking out to sentence her. Even the holy Bollywood's Power failed which was attached by a rebel and unhappy actress as Mardani did to the British Army. The poor girl tried everything and knocked on every door. She hired a famous and modest Lawyer who fought for social justice to likes of humble Bollywood Kids who have been accused on things like- of keeping Illegal Leatha Weapons like AK56 amidst the Mumbai Terror Attacks and a most loved Actor and a wise man who was wrongly implicated to knock down multiple people sleeping illegally on the footpath as well as shooting Black Colored Deer.  Even a PR Machinery by NGO who roped in Top Honest Journalists to change public perception couldn't help her.

Finally noise and shrill of evil media and fake witnesses caged her in Jail on drugs charges. She was sent to Jail and been tortured, molested, assaulted to confess the crime that she did not commit. Waiting for justice and knowing it will never happen, one day she takes her own life by hanging her self in her own clothing.

End of Story. Who is responsible here? Him, Her, Media, Cops, or The God? Guess we will never know GONE Boy did it again.

DISCLAIMER: This is a work of fiction. Names, characters, business, events, and incidents are the products of the bloggers imagination. Any resemblance to actual persons, living or dead, or actual events is purely coincidental.